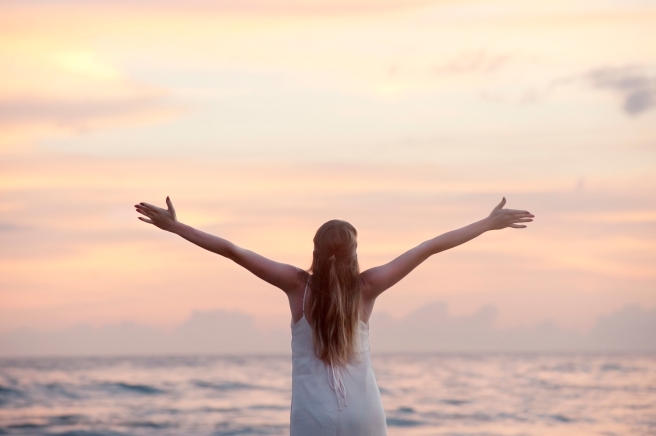 Yesterday marked one year since my divorce was finalized. The split happened over three years ago, but all the legality was finished and things were made permanent one year ago yesterday.

It was a nasty divorce, as I am sure most are. I won’t get into details, but going through it changed me. I was faced with a crossroads moment in my life so big I have never felt anything like it before or since.

For most of my life I had been an observer, a passenger. I would let other people make my decisions for me and I would simply follow along, never questioning or speaking up for myself. I did this because I always felt like someone else must know better than me. It was a tactic born of fear and it allowed me to take very little responsibility for what my life turned out to be.

Then the divorce began. I was faced with the fact that if I maintained that same attitude I was going to lose my kids. They would grow up with a man that now hated me and was not above manipulating them to hurt me. If I did nothing, I would lose them and I wouldn’t have any say in how they were raised.

And for the first time in my life, I knew that I knew better.

I loved those boys and I knew that I was a good mom. I knew that they would suffer if I didn’t fight to stay in their lives. I knew that if I didn’t do something right then, at that moment, I was going to spend the rest of my life knowing I had failed my children.

So I became a person I had never been before.

I fought. I fought with everything I had. Not physically, but in the courtroom. I didn’t lie down and allow him to walk away with my kids and his version of our marriage. I told my story. I told it again and again and again. I collected proof that I was telling the truth. And ultimately I won 50/50 custody of my kids.

Yesterday I had another moment of standing up for myself. It was on a much smaller scale, but it had to do with a lot of the same issues. I was given the opportunity to sit still and keep my mouth shut or speak up and tell my story once again.

I stood up. I told my story.

I am glad the divorce changed me. I am proud of the person I have become. And I hope my kids are proud of me too. I never would have done it for anyone but them.

I am a writer. I grew up in southern California. And now I live in western Washington. I spend my time being the best mother I can be. I am a huge fan of horror, science fiction, fantasy, and of course, curling up on a rainy day with a good book. View all posts by Rey Wright