It was a hot day in spring, or summer. It was a day just like this one. (Although it couldn’t have been more different.) It was the day I lost everything.

I have lost everything on many occasions throughout my life, different sorts of everything. All of my beliefs, all my friends, my coping tools, my support, love, family, my dignity, my humanity, my sense of self, power, sense of right and wrong, my self respect, hope, health, possessions… there have been many parts of life that have been stripped from me in my time on this earth. And for the most part I have always been able to gain back whatever it is I have lost.

But that day, a day just like this one … that day I lost the records of my life that I had been keeping since I was a little girl. I lost it all and there is no getting it back. It is gone forever. The only place it exists is in my memory and I don’t trust that an awful lot.

My photographs, my writing, my souvenirs, my yearbooks, my mementos, my bits of this and that, I left it all behind. Stacks and stacks of notebooks, each filled with writing on every single page, each with my blood, sweat and tears, condensed into ink and poured out onto the page like drops of rain, I abandoned it all.

The friends I didn’t have anymore, the times that would never be again. I felt ok leaving them behind, because whenever I wanted I could look take out those pictures, and read those words, and it was like I was there again. I could show someone else and they could see the life too, the life that had been mine and was no more.

And in a matter of a few hours I had dumped all of it into the garbage.

In a sense I knew what was coming. I knew the landlord wasn’t going to let us stay in the house without paying rent. I knew that. But I didn’t know what would happen. I had no idea. The last place we had been evicted from we stayed for three months after receiving the eviction notice. Although, when they kicked us out we had been living there for over a year. I think there was some law that protected us in that place, but not at the next one. The next place, we only paid rent once. I didn’t fully understand what that meant at the time.

I knew we hadn’t paid rent. I had given the landlord a wild and over elaborate excuse that he didn’t care about. All he cared about was at the end of the story I still didn’t have any money for him. The next day there was a get-out-in-three-days notice on the front door.

At the time this seemed excessive. This couldn’t be real, or true, or binding. I don’t know why I thought that, but I did. And then before any logic could threaten that belief, I got high and was blissed out into nothingness, a wonderful soft place where nothing could ever touch me … until something did.

That morning, three days after the note, there was a loud bang on the front door. It woke me up. Instead of getting up and dealing with whatever was happening, I scrunched down smaller, trying to disappear into the bed sheets. As clever as this approach was, it did not work. The banging got louder. My boyfriend slept through it. And then, there was a terrifying noise, the shattering of glass. My boyfriend bolted upright demanding to know what I had done.

I could not hide my way out of this. I could not close my eyes and wait until it all went away. I had to stand up and participate in what was happening, no matter how hard I wished it would pass me by.

So I did. I jumped up and ran to the living room where I saw a large black boot coming through the broken window. I screamed for them to Stop, We’re Here, We’re Here! The boot retreated. Then a voice as loud as god called out and told me it was the San Diego Police Department and demanded I open the front door immediately. I did. I didn’t know where my boyfriend was anymore.

Once they were inside they found my boyfriend and sat us down. They went through our things. They found needles. They asked us which one of us was the junky. They made us show them our arms. We both had marks. We told them we were going to the methadone clinic down the street (which was true, it was also true we were still using heroin in between methadone doses). They belittled us. They lectured us. They looked at us with disgust. They spoke to us with contempt. They humiliated us. They demeaned us. They debased us. They told us all the ways we were shit and bad and useless.

But they didn’t arrest us. They let us go. They gave us a few hours to get as much stuff as we could, and leave. They could have given us a whole 24 hours, I don’t remember. It didn’t seem to matter because we had nowhere else to go.

We had enough money to rent a U-Haul, a small U-Haul. The smallest they had. And we had to work as fast as we could to put as much as we could in that tiny U-Haul and get out.

I salvaged a few things. My first diary, videotapes that turned out to have nothing on them. Years later, after my parents and I had reconciled, my mom gave me some photo albums of pictures she had managed to save. I cried when she gave them to me. I am so grateful to have something, anything at all to remember the past by. But there was so much more that can never be replaced or recreated.

At the time I told myself I was starting new. That it was good to shed the old to make way for the new. That’s what I told myself. But even at the time, even half high and filled with panic and terror, I knew that was bullshit. I knew I had never wanted to get rid of these things. I knew I had wanted to keep them until I was old and grey and could touch them and look at them and know that the thing I had loved and lost were not gone completely because there was a little part of them I could hold onto, a little piece to remember them by. But now, now there is nothing.

So today I am sad remembering that loss. I have been sad about it before and I will be sad about it again. I know this.

The only thing that I can do to try and make amends to myself is to continue to write, to continue to take pictures, to continue to save mementos, and this time to keep them safe. To keep track of them, to make backups and print outs and keep them in a single easily movable location, so that if there is a fire or flood or … eviction (there won’t be an eviction, there won’t be any heroin either) I will be able to take everything with me and fast, so that I won’t have to lose all record of my past twice in one lifetime. I can do my best to make sure that there will never be another day just like that one. 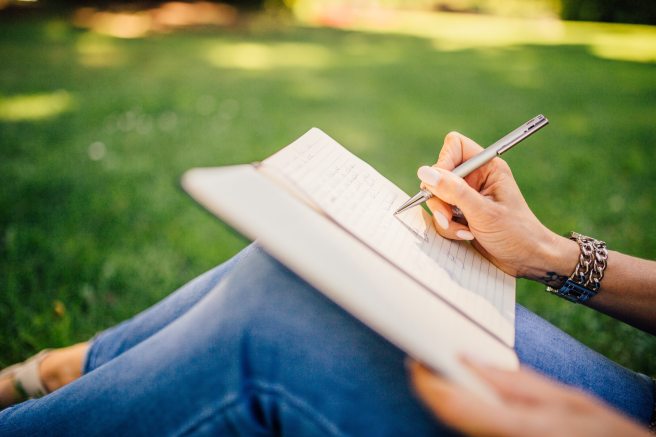 I am a writer. I grew up in southern California. And now I live in western Washington. I spend my time being the best mother I can be. I am a huge fan of horror, science fiction, fantasy, and of course, curling up on a rainy day with a good book. View all posts by Rey Wright